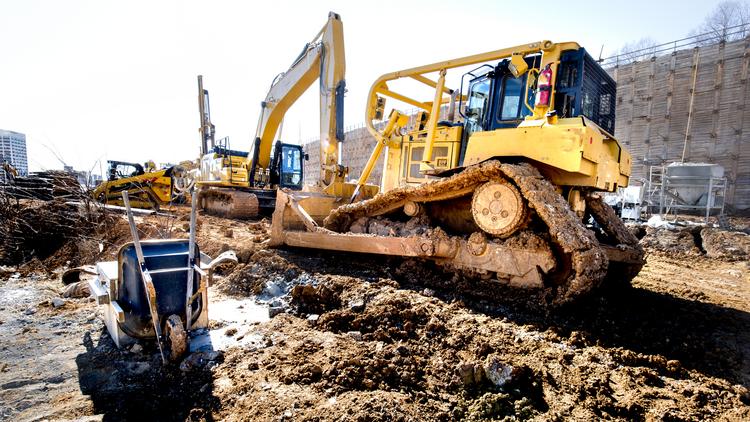 Atlanta’s population and job numbers are booming. Property values are rising. And corporate headquarters are flocking to formerly stagnant areas of the city. It is a prime example of post-recession success.

Still, that success has borders. More than 85,000 Atlanta residents live in areas that haven’t recovered from the downturn. Thanks to a federal program created to ignite development in urban and rural neighborhoods suffering from high unemployment, residential vacancies and slow business growth, these economically distressed areas are beginning to see new investment.

The federal Qualified Opportunity Zones program, created as part of the Tax Cuts and Jobs Act of 2017, draws investors to struggling areas by offering them a chance to defer tax on eligible capital gains if they make an appropriate investment in a fund associated with a designated zone and meet other requirements.

In July, the Rockefeller Foundation awarded the city nearly $1 million in grants to help attract private investment throughout the zones, most of which are on the south and west sides. An area developer filed plans with the state in August for a 74-acre, mixed-use project in an Opportunity Zone near the Westside Park at Bellwood Quarry. And in early September, an Atlanta-based film company announced it will build recording studios, sound stages and a technology center on 30 acres of its Opportunity Zone property on Continental Colony Pkwy SW.

“The zones showing the earliest promise are in, or adjacent to, hot submarkets such as East Atlanta and Midtown, and anything near the Beltline,” says Blake Fine, Senior Vice President of Valuation and Advisory Services at JLL. “There are a lot of proposed developments in those zones,” he says. “These investors have discretionary funds, and they’re looking for a nontraditional tax benefit as well as an opportunity to participate in the revitalization of an area.”

Because the program is new and relatively untested — no data is available on the success of specific zones, according to the Tax Foundation — Opportunity Zone investors understand that they’re taking a risk. But the Congressional Joint Committee on Taxation estimates that qualified Opportunity Fund investors will receive a total of about $1.6 billion in tax benefits per year from 2018 through 2027. Legislators who support the program say its potential for lifting-up people and businesses in these zones is strong. “The investment incentives created by this program represent a remarkable opportunity to catalyze entrepreneurship and promote long-term investment in economically distressed communities,” said Sen. Cory Booker (D-NJ) at a May 2018 federal hearing.

Valuation experts like Fine see upsides, too—especially as the economy nears the end of a long expansion cycle. “Opportunity Zones are spurring economic development that will have a trickle-around effect on all communities,” Fine says. “If the economy does take a hit, these are investment tools that people could start leaning toward. It’s a way to solidify and potentially protect a portion of your investment capital.”

Because it’s a new and evolving investment opportunity, investors still have questions about it, says Fine. “Am I overpaying for these properties because of the tax deferment?” and “Do I want to hold a property like this for five or 10 years?” There’s also ambiguity in the tax code surrounding exit strategies and what types of property qualify for Opportunity Zone designations. All of these gray areas aside, getting in on the ground floor of the next hot market, for a low or at least a fair price, might be enough for many investors to take the leap.

For additional Opportunity Zone investment guidance, check with the Internal Revenue Service and the U.S. Securities and Exchange Commission.

To learn how investors can maximize the benefits of the OZ program, download What ten-year holds in the Opportunity Zone program mean for investors.

JLL is a leading professional services firm that specializes in real estate and investment management. A Fortune 500 company, JLL helps real estate owners, occupiers and investors achieve their business ambitions. JLL has nearly 500 corporate offices, operations in over 80 countries and a global workforce of over 90,000. Visit https://www.us.jll.com/.

Heather Martin is a writer for The Business Journals Content Studio.