One SC homeowner saved $700K renovating his historic house. You may save, too.

Home > Cabretta Capital  > One SC homeowner saved $700K renovating his historic house. You may save, too.

15 Dec One SC homeowner saved $700K renovating his historic house. You may save, too.

Posted at 12:45h in Cabretta Capital by Kelly Anderson

Those owning a historic home in South Carolina could save big bucks, if:

The credits have been widely used in Charleston County, home to more than half of the completed projects (102 of 179). That likely reflects the relatively large number of historic homes in the county, as well as a broader public awareness of the credits.

To find out whether your property is historic and may qualify for South Carolina’s Historic Homeowner Tax Credit, visit the following websites.

Homeowners with questions about their house’s eligibility also may contact state architectural historian Virginia Harness at [email protected] (or at 803-896-6179).

Still, the program has complex rules and it’s not for every owner of an old home. While state officials can talk about how their tax credit program works in general, Kendrick says, “We always recommend you talk to your own accountant for specifics.”

One of the most common questions Kendrick gets is a simple one: “What’s a tax credit?” 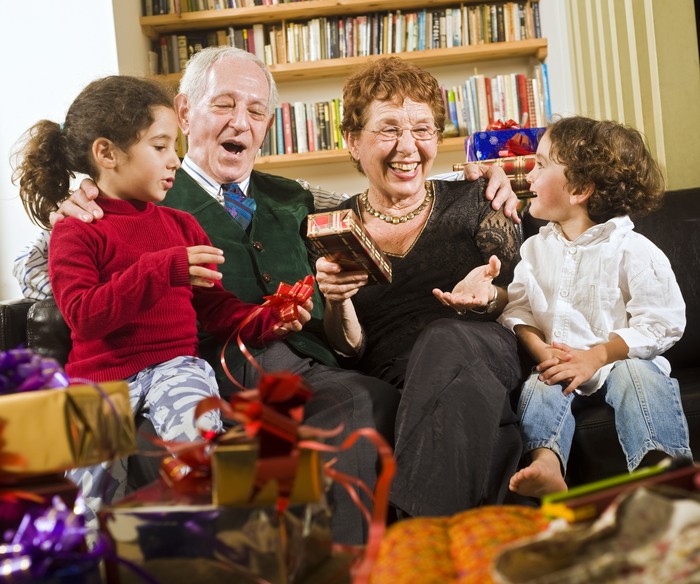 Holidays Can Be More Fun When Seniors Are Connected with a Community
“It’s the most wonderful time of the year!” is a greeting heard almost daily throughout the holiday season.

Homeowners who successfully complete the program don’t get a check or rebate back from the state, but they do get to reduce what they pay in future state income taxes.

The credit equals 25 percent of the cost of qualified work, which includes exterior preservation and rehabilitation work, such as roof repair; fixing or replacing rotten siding and other wood painting; repairs to the historic structure or its plaster; certain energy-efficient measures (but not insulation in walls); heating, venting and air-conditioning upgrades; electrical and plumbing work; and architect and engineering fees.

Doing the math, that means he wouldn’t have to pay any state income tax for four years and would only have to pay about $4,000 in year five.

Those applying for the credit need to plan on doing at least $15,000 worth of qualified work during a three-year span.

“It’s not unusual for us to get folks who are doing a roof repair, taking care of minor rot and a new HVAC system,” Kendrick says. “As long as you spend $15,000 over 36 months, you’re eligible.”

Only historic houses qualify for the Historic Homeowner Tax Credit, and it can be a bit complicated to figure out if an old house may be considered “historic” under the law.

In Charleston, that can be tricky. Kendrick notes that the city’s Old and Historic District, where the city’s Board of Architectural Review has extensive authority, is not the same as the city’s National Register district.

Properties not already on the register still may qualify for the tax credits if the owner can prove they’re historic enough to qualify for the National Register, a determination that considers a structure’s age, historic integrity and any associations with historical people or events.

Fortunately, the state has websites that show properties both on and eligible for the National Register (see Researching historic homes).

The work also must meet the U.S. Secretary of Interior’s standards. For homeowners in Charleston, where the city’s Board of Architectural Review scrutinizes renovations, that shouldn’t be a problem.

Homeowners without a local review board may want to make sure they’re working with an architect or consultant familiar with following the standards (a set of common sense principles for respecting a property’s historic integrity, such as preserving distinctive features, finishes and examples of craftsmanship).

Charleston architect Bill Huey has worked with several clients who have pursued the credit. He recommends that they get approval from the city’s Board of Architectural Review before submitting an application to the state.

“We want to make sure what we’re proposing is viable from a local standpoint first,” he said.

The 19th century mansion had been converted into a meeting space for the Greenville Women’s Club in the 1940s, but its recent owners aimed to restore it as their home. The work included a new roof, wood rot repair, window rehabilitation, structural repairs and interior plaster repairs. A central hall was redone to expose original wainscoting that had been covered over.

But the more dramatic example was the project at 93 Broad St. in downtown Charleston, an 18th century home that had been badly neglected for years and was little more than a three-story masonry shell when work began. All three floors inside had collapsed.

Meadors Inc. undertook the project, which was complicated by the need to meet modern codes and a rear structure that shared a zero lot line with a federal building, triggering security issues. The Historic Charleston Foundation also held an exterior easements on the house.

Kendrick notes the total work cost $3.98 million, of which $2.99 million was work that qualified under the tax credit. So the owner, a successful Charleston businessman, got to reduce his state income taxes by $746,500 over three years — the most of any state tax credit project to date.

“I don’t think there was a single inch of this building that wasn’t touched,” she says, adding tax credits “are hugely helpful if you’re going to take on a project of this magnitude.”

Kendrick says homeowners must apply before they start work. The process isn’t too onerous. It involves filling out a few forms, taking and submitting pictures, and submitting details on the scope of work.

Some homeowners may apply in the middle of their work, but they will get the credit only on the part of the work that’s still to be done. The work that’s already been done won’t count toward any credit.

“There’s no retroactive approval,” Kendrick says. “That’s because of the way the law is written.”

The state tries to process applications quickly and usually gets them done well before its 30-day goal, she adds.

The application can be amended during the work if — as often happens — the scope of repairs expand to address some previously unknown problem.

The state tax credit can also be added on top of other tax savings. Some South Carolina cities and towns (but not many in the Lowcountry) also have passed a local ordinance enabling the “Bailey bill,” which prevents property tax increases following in the wake of improving a historic home

Robert Behre works as an editor and reporter. He focuses on the historical landscape, including architecture, archaeology and whatever piques his interest on a particular day.