Investing in our future by preserving federal tax credit programs 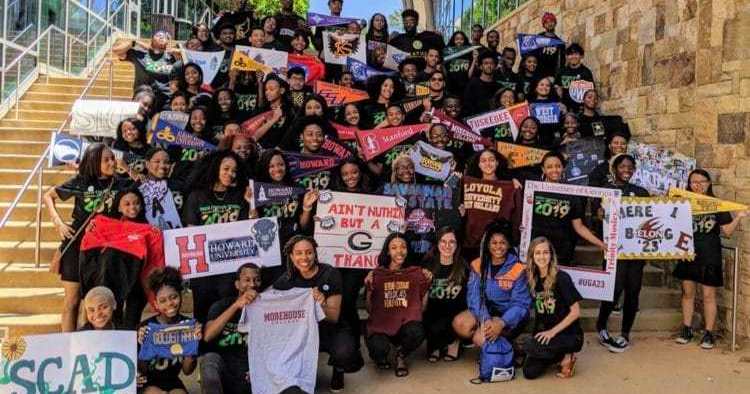 Posted at 00:46h in Cabretta Capital by Kelly Anderson

Without federal tax policy that fueled sorely needed capital investment in her long-neglected community, Gloria Kitchens might not be where she is today – studying at Tufts University after graduating Drew Charter Senior Academy in 2017.

Drew Charter wouldn’t have existed. And Gloria’s home community, Atlanta’s East Lake neighborhood, might still be plagued by high unemployment, violent crime, and decrepit housing conditions.  Not long ago, East Lake had few opportunities to offer young people like Gloria for getting a good education and advancing themselves

“Drew provided me with unique opportunities that led me to achieve more success than I could have imagined,” Gloria says

She and her high school class of ’17 classmates, all of whom achieved college acceptance, represent the next-generation workforce that will lead companies such as mine into the future

Capital investment is crucial to communities like East Lake that have struggled for decades with lack of resources and opportunity. Yet the linchpin policies that helped transform East Lake and many like them across our great nation face an uncertain future, unless Congress acts to preserve them

Congress should make permanent a tax credit program that fostered student success at Drew Charter Senior Academy, where the entire class of 2017 was admitted to college, the author contends. Credit: Special to SaportaReport

Across the country, this approach of fostering sustained financial partnerships has given rise to a nimble set of mission-driven organizations with the savvy to negotiate complex transactions and the ambition to support innovative, cross-sector strategies for revitalizing neighborhoods.

One example is the East Lake Foundation, whose board I chair, which functions as East Lake’s “community quarterback.”  Another is the Low Income Investment Fund (LIIF), a leading national community development financial institution with an Atlanta office that provided $10 million in New Market Tax Credits to support the construction of Drew Charter High School

These two tax credit programs have an extraordinary track record.  In addition to financing 340 units in The Villages at East Lake, LIHTC, over three decades, has underwritten more than 159,000 affordable homes statewide and more than three million nationally. In just two decades, NMTC has infused $980 million into 75 projects statewide, leveraging over $1.9 billion in additional capital.  Nationwide, $42 billion in direct NMTC investments in local projects have generated more than one million jobs

But these programs are not on solid footing.  The NMTC is in the most immediate danger.  Despite strong bipartisan support, the NMTC has yet to be made a permanent part of the tax code.  Instead, Congress has enacted a series of temporary extensions, the most recent of was slated to expire at the end of this year. The NMTC was extended for another year, at $5 billion, in the $1.4 trillion spending packages President Trump signed Dec. 20.

Although the LIHTC doesn’t face this existential threat, the affordable housing crisis nationally and right here in Atlanta – where a worker must earn over $21 hourly to afford a two-bedroom apartment – demands that Congress act on pending legislation to expand and improve this critical resource.

To achieve their full potential, future workers like Gloria and her classmates must grow up in thriving communities that offer opportunities for good education, quality of life, and employment.  And companies like mine will struggle to retain those workers if they can’t afford, or don’t want, to stay in the region

Fortunately, a member of the Atlanta area delegation is well positioned to see that Congress supports these proven housing and community development tax credits. Rep. John Lewis (D-Atlanta) sits on the tax-writing committee in the House. As a longstanding supporter of East Lake, he can draw on this experience to ensure that colleagues understand that preserving the NMTC and LIHTC is essential to America’s communities and economy.

Atlanta is not the only place that needs these tax credits – so do countless other cities, towns, and rural communities.  Congress should act now to strengthen and secure the Low Income Housing Tax Credit Program and the New Markets Tax Credit Program.

Chris Womack, executive vice president and president of external affairs for Southern Company, is active civic leader who currently chairs the board of the East Lake Foundation.