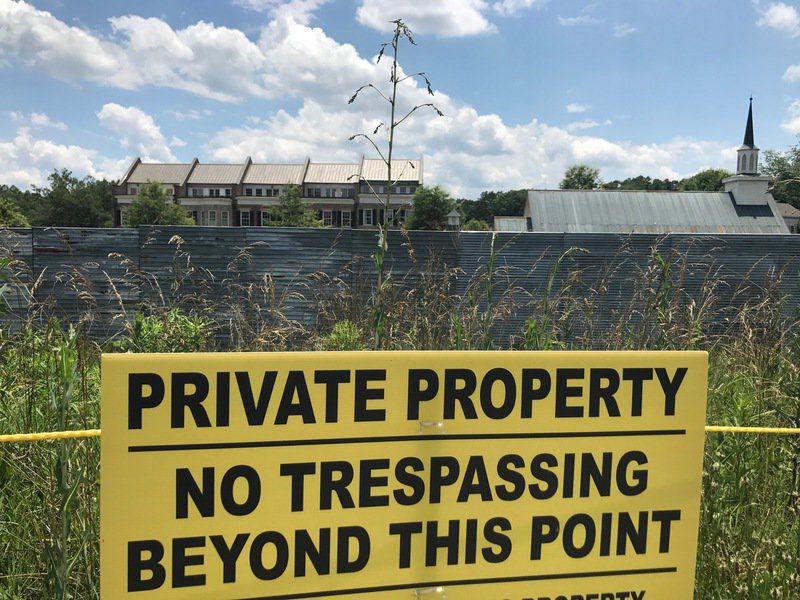 ATLANTA — While demand for movies and television shows is at an all-time high with Georgians stuck at home, film production in the state is on pause.

The industry that brings in nearly $10 billion worth of economic impact per year in revenue and jobs to Georgia is — like most all other sectors of the economy — on hold while the nation and the world grapple with a global health pandemic.

Many film industry workers are among the thousands filing for unemployment. But state officials are optimistic and say workers should be prepared for a boom in the industry after the outbreak is over as production companies make up for lost time.

Juliette Sicard has been working as a prop assistant for almost four years. She said some studios have offered to support their full-time staff, as a “day player,” hired on an as-needed basis, she’s had to fall back on her savings and file for unemployment.

“I know that entertainment is not essential. You don’t need entertainment to live and we’re not saving lives,” Sicard said. “But there’s so many people that are reaching for their favorite film right now to comfort them during this time, or people that are binge watching a TV show to stave off boredom, and every single person helped bring those stories to life, that helped make that happen, every single one has had the rug just completely pulled out from under us.”

According to the Georgia Film Office, in Fiscal Year 2019, the 391 film and television productions shot in Georgia spent $2.9 billion in the state and paid $9.2 billion in wages to Georgians.

Last year, the film industry threatened to pull from Georgia after Gov. Brian Kemp signed a controversial heartbeat bill — a law banning abortion after a fetus’ heartbeat can be detected. The threats didn’t become reality, but with the coronavirus outbreak, Georgia may be realizing what could have happened.

Ryan Millsap, owner of Blackhall Studios, said the shutdown has been “devastating.”

“It’s not an industry where we’re making widgets with robots,” he said. “It’s an industry that requires human beings to all be working in teams at the same location. So, it’s really severely impacted.”

Blackhall Studios was in the midst of several big projects when the coronavirus outbreak put everything on hold. Millsap estimated the freeze for his studio alone sent nearly 600 workers home.

“All the people that got sent home that aren’t getting paid are right now trying to figure out what they’re going to do for 90 days,” he said. “Maybe they just have enough savings that they can live for 90 days and then they’ll get rehired once the industry is back up and running. But what if it lasts 120 days? What if it lasts 180 days?”

If Millsap had to guess, he would say the pandemic is going to change the way viewers get movies. Coronavirus may force a bypass of theaters and switch to films directly on streaming services, he said.

Lee Thomas, Georgia Film office director, offered words of encouragement during an online panel hosted by the Georgia Production Partnership that highlighted resources for film industry workers during the outbreak.

Thomas said she expects the film industry to increase in Georgia once productions return to make up for lost time during the freeze. Before the coronavirus outbreak, she said, Georgia had a “robust” slate of television shows and films operating. No productions have completely pulled out of the state, she said.

“I know it’s hard, it’s a nerve-wracking time,” she said. “But if you can kind of relax and enjoy the time off, it’s not going to be for long and then it’s going to be back to the way we were — if not double that.”

The Georgia Department of Economic Development has created a website of resources for workers specific to the film industry that includes links to updates on the film industry in the state, emergency funds, unemployment filing assistance and other industry supports. Under the Coronavirus Aid, Relief and Economic Security Act passed by Congress and signed into law late last month, unemployment benefits extended to contracted freelancers and self-employed workers and allows them to apply for relief loans beginning April 10.

For now, workers in the film industry — who often already live paycheck to paycheck — are trying to treat the stall like a hiatus and support one another the best they can, Sicard said.

“Already working in this  industry you don’t have job security. We’re already faced with that struggle of when’s our next paycheck going to come,” she said. “So that has just been compounded by everything going on with this pandemic. … It’s just really discouraging to everyone.”