Analysis: Georgia’s film and TV incentives could become part of a 2020 budget battle 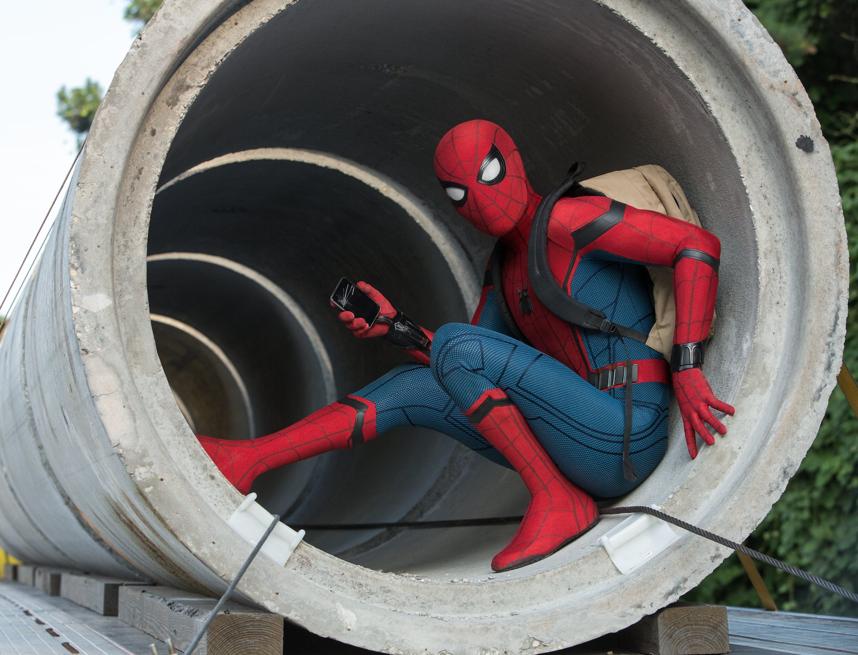 Georgia’s generous tax credits to film and TV production companies have sparked a billion-dollar studio boom here. This is a solid fact.

The question now is whether the financial lure will remain a sacred cow in a season of widespread cuts to the state budget.

The tax credits, which grew from $141 million in 2010 to an estimated $870 million in 2019, have been a policy mainstay over the course of two previous Republican administrations.

Only last September, another joined the choir. Gov. Brian Kemp bragged that we remain ”the Hollywood of the South,” pointing to $2.9 billion in direct spending from film and TV production in the state.

The protection has been bipartisan. Georgia Democrats have shaken off liberal attempts to take the state’s film industry hostage in a battle over abortion — and in November they held a presidential debate on one of Tyler Perry’s sound stages.

But a new challenge to the tax credit policy is emerging from the political right.

Lindsey Tippins of Marietta is one of the more influential GOP members of the state Senate. On Monday, he served notice that he and other Republicans would be looking at reducing film production credits — the largest pot of tax incentives offered by the state — as a way of avoiding some of the serious cuts to a $27 billion state budget ordered by the governor.

Georgia state government doesn’t have a spending problem, Tippins told me. It has an income problem.

“We keep hearing (that) revenues aren’t where we projected to be. To me, that’s almost a contradiction,” Tippins said, pointing to the state’s record unemployment figures.

“It’s not like our spending is exceeding potential revenues. I think money that should be tax revenue is being diverted by exemptions and credits,” he said.

The credits amount to roughly 3% of the current state budget. Kemp has called for a 4% cut in many areas for this year and 6% in cuts for next year.

Tippins is a skeptic when it comes to the value of the incentives we offer film and TV companies. And indeed, there’s not much hard data out there.

“Georgia is trailing other states because it has not adopted a plan for regular evaluation of tax incentives,” a Pew Institute study found in 2017. “The state has provided hundreds of millions of dollars in film tax credits but has not rigorously studied the results of the program.”

But for ammunition, Tippins is relying on a more recent, highly critical paper published by J.C. Bradbury, a Kennesaw State University economist — who reported that figures being cited by the state Department of Economic Development “rely on incredible multipliers and dubious data.”

Specifically, Bradbury called out claims that the film and TV industry had an economic impact of $9.5 billion in 2018 and generated 92,000 jobs.

Bradbury estimates that the tax credit impact is less than half of what the state has estimated — no greater than $4.2 billion in 2018. And film industry activity may have generated 32,000 jobs in Georgia, but that would be on the high side.

The state Department of Economic Development has commissioned a Georgia Tech study of the impact of Georgia’s film and TV credits. We do not know when it will be produced — state officials, including those representing the governor, declined to speak of it this week. But one presumes they’ll want state lawmakers to see some solid figures once the Legislature convenes Jan. 13.

Should the film and TV credits become part of the budget battle, we know who most of the players will be. Fiscal conservatives such as Tippins will be joined by cultural conservatives who have always suspected that the tax credits are a clandestine effort to turn us into California.

Democrats will want to protect the union jobs the tax credits have fostered. And the state’s business community will speak of the once-in-a-lifetime opportunity that the rise of streaming services such as Netflix and Hulu presents.

There aren’t enough soundstages in the world to keep up with the demand. Create a critical mass with incentives in Georgia, and you have a permanent foundation for a new industry, they will argue.

“Here’s what can’t get lost in any consideration of the tax credit — tens of thousands of Georgians work in the state’s film and television production industry,” said Beth Talbert, the president of the Georgia Studio & Infrastructure Alliance. “Our hope is that they play an important role in this conversation.”

But there will also be players in this fight who are hidden from the likes of you and me.

Georgia’s film and TV tax credit system has two unique features. First, there is no cap. The supply of tax forgiveness is endless. Second, the tax credits are transferable.

Let us suppose that a film company spends $3,333,333 in Georgia, and meets all the necessary state criteria — which include putting that Georgia peach at the end of the movie — to earn a 30% tax credit worth $1 million.

But the film company isn’t based in Georgia, and so its tax obligations to our state are minimal. The film company can sell that tax credit — for cash — to any entity that owes state taxes, whether it produces widgets, okra, carpets or nothing at all.

So even if the film company doesn’t need the tax credit, taxpayers remain on the hook. Bradbury, the KSU professor mentioned earlier, explained it in his paper:

“Tax credits are transferred via private market brokers at a discount of approximately 10 percent,” he wrote. “For example, an entity facing a state tax liability of $1 million could purchase $1 million in tax credits from a film production company for around $900,000. The buyer purchasing the credits submits the tax credits to the treasury rather than making a tax payment of $1 million.”

Roughly $4 billion in tax credits has been doled out in Georgia. Ten percent off the top of that would amount to $400 million. Let us presume that only half of those tax credits have been resold. That’s still a secondary — and clandestine — market worth hundreds of millions of dollars. Those invested in it will want to keep that spigot open.

I called Bradbury to ask whether it was possible to figure out who these people might be.

“No, because the state of Georgia will not release that information. They say it’s private. Georgia’s very secretive when it comes to these things,” Bradbury said. “These dollars never hit the books in Georgia. But there are those middlemen out there who transfer these tax credits. You better believe they’re getting a cut of this.”

So, yes, pay attention to the public fight over Georgia’s film and TV production incentives. But know that there will be some very quiet backroom conversations as well.

Jim Galloway is a three-decade veteran of The Atlanta Journal-Constitution who writes the Political Insider blog and column.
Share
Print page