The Lack of Affordable Housing Is Getting Worse 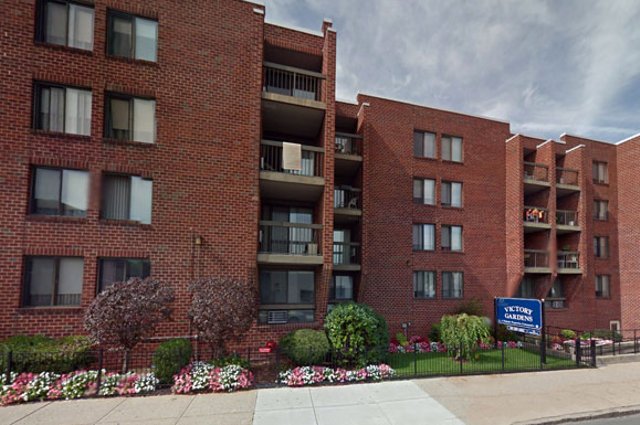 27 Jul The Lack of Affordable Housing Is Getting Worse

Posted at 15:21h in Affordable Housing, Cabretta Capital, Development, Investment, Real Estate, Tax Credits by Kelly Anderson
It is not just that housing costs are too high, but that incomes are too low, says a Tufts urban planning professor
“The COVID-19 outbreak and stay-at-home orders shine a spotlight on the fundamental importance of housing,” said Shomon Shamsuddin.
By Kalimah Redd Knight
June 2, 2020

America is facing an affordable housing crunch—and it was getting worse even before the pandemic struck and eviscerated jobs and incomes.

Nearly 75 percent of poor renter households, earning less than $15,000 annually, spend more than half of their income on housing costs. Increasing numbers of wealthy households that live in expensive housing pay more than 30 percent of income for housing, too.

“The issue seems to be getting worse because, in many ways, it is getting worse,” said Shomon Shamsuddin, an assistant professor in the Department of Urban and Environmental Policy and Planning. “Housing costs in the U.S. have been rising faster than incomes for many years.”

Tufts Now turned to Shamsuddin to understand this national crisis, to explore why it seems so difficult to fix, and why all of us should care about it.

Tufts Now: Why is having enough affordable housing so important?

Shomon Shamsuddin: Everyone needs shelter, so families that spend a lot of money on housing have less money left over to pay for other goods and services. For low-income families, this can mean reduced spending on essentials like food and health care. Families that face very high housing costs may fall behind on rent or mortgage payments, which can put them at risk of eviction, foreclosure, and homelessness.

How is the pandemic affecting affordable housing?

Affordable housing isn’t just a problem in big cities. There are people in every state in the country spend more than 30 percent of their income on housing—a real burden, said Shomon Shamsuddin.The COVID-19 outbreak and stay-at-home orders shine a spotlight on the fundamental importance of housing. Many people simply do not have housing on a regular basis where they can be safe.

Increased medical expenses due to illness or care for sick family members, unemployment or reduced hours at work, and unanticipated expenses due to the COVID-19 outbreak will intensify the housing affordability problem for millions of households. Construction slowdowns and delays due to the pandemic will make affordable housing production goals—which were already ambitious to begin with—even more difficult to achieve.

To date, large cities and lower-income workers have been hit hard by COVID-19 and the economic shutdown. These are the same people and places experiencing some of the biggest affordable housing problems.

Is the lack of affordable housing getting worse in some cities/regions more than others?

Yes. Some places, including so-called superstar cities like San Francisco and Boston, are experiencing big increases in housing costs in what were already expensive housing markets.

But housing affordability is a problem across the country. According to the National Low-Income Housing Coalition, someone who works forty hours per week at the minimum wage and lives in a two-bedroom home at the fair market rent is cost burdened—meaning that they spend more than 30 percent of their income on housing—in every state in the nation.

Why does it seem so difficult to create affordable housing?

In places where people want to live, especially places with jobs, land is very expensive—then add labor and materials. For extremely low-income households, the total cost of building housing means that it will simply not be affordable without a subsidy. For this group, it is not just that the rent is too high, but it is also that incomes are too low.

It is not just difficult to create affordable housing, it is also difficult to preserve it. Many government subsidies for housing affordability are time limited. Once they expire, owners can convert the affordable housing units to market-rate. In places with strong housing markets and house price appreciation, there can be big financial incentives to leave housing subsidy programs.

Why should people who are not impacted by this issue care?

At some level, housing affordability affects everyone. For example, homelessness and health problems stemming from unaffordable housing are costly for the individuals experiencing them, for the cities and places that pay for services, and for society in terms of lost potential and productivity.

People who do not experience housing problems may be impacted in other ways. If high housing costs encourage others to search for and live in cheaper housing that is farther away from jobs, this can lead to longer commutes, increased traffic and road congestion, and higher pollution levels.

It is also worth noting that housing affordability is affecting people at higher incomes. According to the Joint Center for Housing Studies at Harvard, the number of cost-burdened renters earning between $30,000 and $75,000 has increased in recent years.

Building affordable housing may attract more residents, and those residents may contribute to increased traffic and add to the number of people that use public transportation and education systems.

But a lot of other things could also have those effects, such as luring a company to relocate its headquarters to your city or even building more housing—not necessarily affordable—in general. In any of those cases, more people are expected to generate additional tax revenue, which municipalities can use to offset increased use of services.

A lot of affordable housing takes the form of multi-family buildings, so higher densities could help make public transit routes more efficient. Similarly, affordable housing is often built in dense areas near the city center, so there might be less overall impact on traffic compared to building housing farther away from city centers. The impact on education systems depends on a variety of factors, such as if some affordable housing is built for singles, like formerly homeless individuals and seniors, who might not have school-age children.

What is being done now to address the issue of affordable housing across the country?

Lots of people and places are working to address housing affordability. Minneapolis recently ended single-family zoning. Los Angeles is encouraging the construction of garage apartments, “granny flats,” or other second housing units on single-family properties. Many cities are considering or have implemented inclusionary zoning programs that set a percentage of new housing development to be affordable units.

Health-care and insurance companies have even invested in affordable housing development as a way to reduce health costs because they find that people in unstable housing situations are more likely to get sick, visit the emergency room, or miss taking necessary medications. Finally, some cities and states are discussing rent control laws, despite many challenges.

Kalimah Redd Knight can be reached at [email protected].